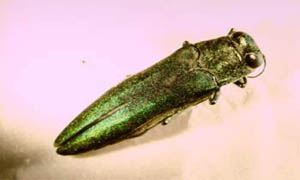 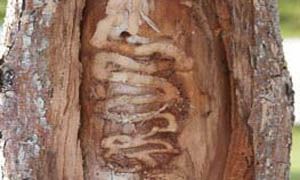 The City of Cherry Hills Village has been notified by the U.S Department of Agriculture and the Colorado State Forestry that the destructive pest known as Emerald Ash Borer (EAB) is now present in Colorado. EAB has been detected in only Boulder County and efforts are being made to determine the severity as well as the solution to rid the pest. Currently there are no reports of EAB in the Denver metro area, but the USDA along with the Village are asking residents to educate themselves on this highly destructive insect including methods to manage its potential spread to the metro area.

What is Emerald Ash Borer?

Emerald Ash Borer (EAB) is an insect that is extremely destructive to ash trees which have been widely planted throughout Colorado. The EAB is a species native to parts of eastern Asia that was accidentally introduced into North America in the early 1990s.

Unfortunately the species of ash trees that are native to North America have very little resistance to this new pest and EAB is devastating to the kinds of ash trees grown here in Colorado. In the Midwest and eastern areas of North America where the insect has been present for several years, EAB has already killed many millions of ash trees (CSU Extension).